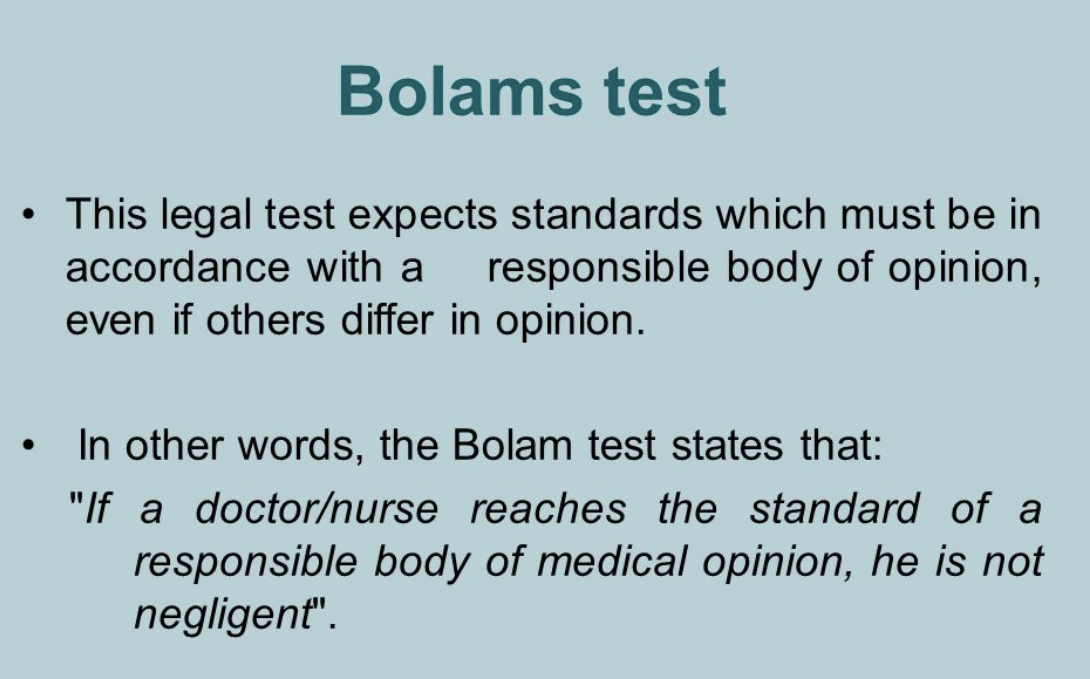 This case relates to the treatment by D in March 2017 of John Berry, who sadly passed away on 23rd January 2019. It is not suggested D’s treatment played any part in Mr Berry’s death. However, it is the Claimant’s case that the administration of 400mg of the antibiotic Gentamicin on 4 March 2017 was a negligently excessive dose given that he had no effective renal function and was dependent on dialysis. It is agreed the Gentamicin dose caused Mr Berry ‘ototoxicity’ side-effects leading to balance problems requiring care from the Claimant (but disputed whether it also caused him the hearing loss he experienced). Subject to liability, damages are agreed at £45,000. [1]

what is the relevance of (non-)compliance with clinical guidelines (both national and ‘in-house’) to Bolam-negligence ? … ultimately Courts must decide whether claimants have proved Bolam-negligence in the circumstances of the particular case. Guidelines are not a substitute for expert medical evidence on liability in that particular case and so will rarely – if ever – be wholly determinative. [5]

Mr Berry had a worsening systemic infection which risked tipping into true Sepsis and was life-threatening if untreated. To give him less than the usual c.5mg/kg dose (so here, c.400mg), because he was renally-impaired and had a higher risk of balance and hearing problems, would have been a very risky decision. [120]

I have found the 400mg of Gentamicin on 4th March was not negligent even though I accept it caused Mr Berry ototoxicity with balance problems and I am prepared to assume hearing loss as well. [129]