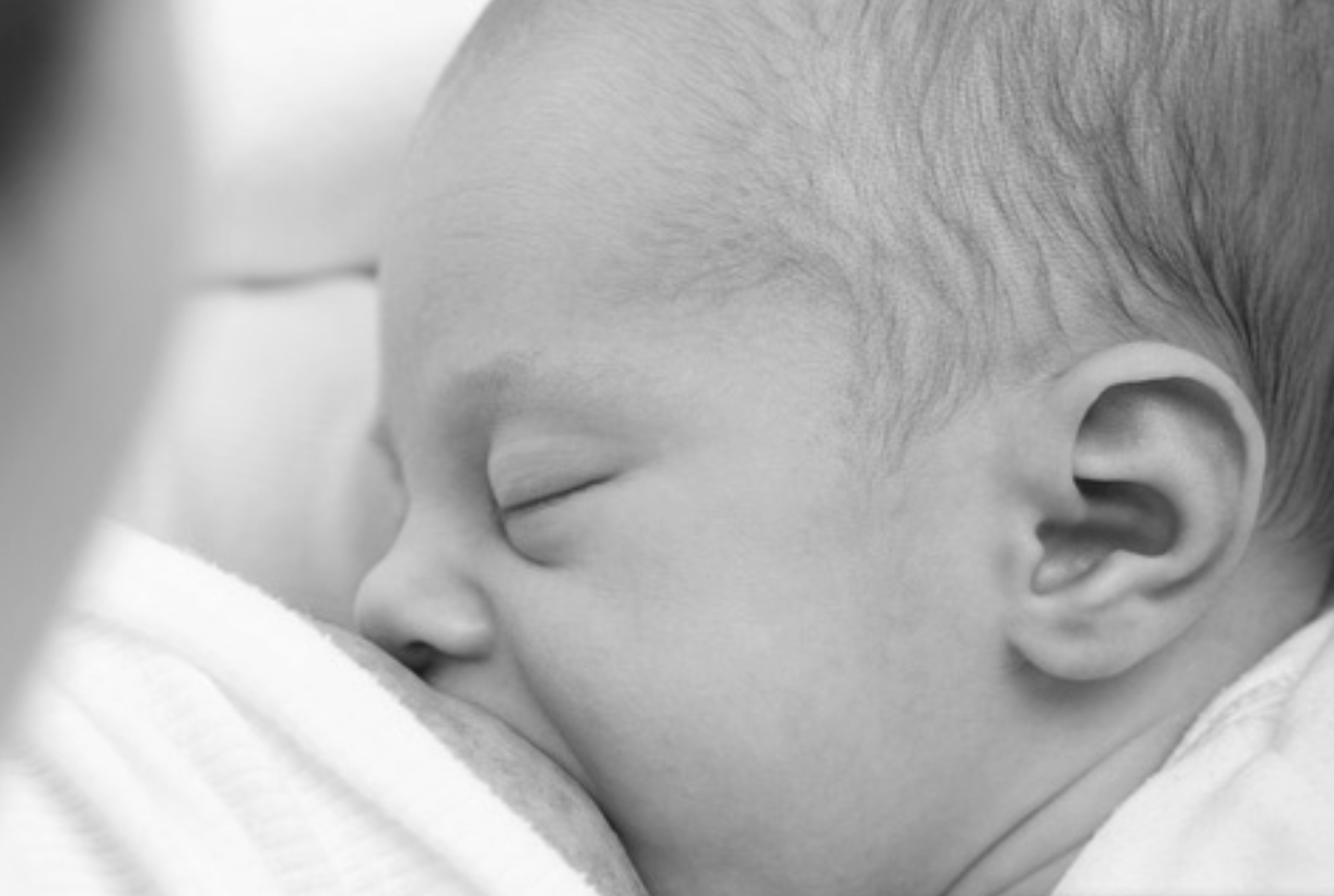 A mother who had tried and failed to breastfeed her son, leading to his suffering brain damage has successfully sued the NHS on his behalf after the lack of nutrition resulted in him suffering from cerebral palsy and severely impaired physical and cognitive function.

Nilujan Rajatheepan had not in fact been feeding properly since his mother first attempted to breastfeed him, when they were still in hospital. During a routine visit from the midwives on the day after he had been discharged, Nilujan was found to be pale, unresponsive and lethargic, as it transpired, due to lack of nutrition.

On the face of it the notion that a mother Claimant could successfully sue the NHS for his mothers inability to breastfeed him may seem odd. Personally I’m surprised that the Daily Mail hasn’t already picked up on this ruling and run a story under a headline something like;

On the face of it this headline is not in any way untruthful. Sinthiya Rajatheepan (who was born in Sri Lanka in 1988 and came to Britain in 2008) was unable to breastfeed her baby and starved of nutrition her son suffered brain damage. However, headlines are just headlines and even a small scratch at the surface of this story reveals more about the tragic deficiencies in our beloved NHS than it does in Mrs Rajatheepan as a mother.

In his judgment handed down on 13th April 2018, HIS HONOUR JUDGE MCKENNA (sitting as a Deputy High Court Judge) is asked to decide on the issue of liability and causation only in relation to the discharge if the Claimant and his mother on the evening of 18th July 2009.

“What is said in summary is that the Claimant’s poor feeding was attributable to the Defendant’s failure effectively to advise the Claimant’s mother on proper feeding techniques and what to do if there was poor feeding, in the light of the very limited extent of her understanding of English and, on the facts of this case, the Claimant should not have been discharged on 18th July 2009 in which case the damage would have been avoided”. (11).

The court heard from witnesses for the Defendant who were mostly those involved with the care for the Claimant during the hours leading up to and the days immediately following his birth. There were statements from the Claimant’s mother and father and a number of friends who had accompanied either or both of them when it was felt that some translation skills or other support may have been helpful.

The judge was satisfied that the normal test from Bolam and the qualifying case of Bolitho were applicable in this case and applicable to the medical evidence supplied by the midwife experts provided by both the Claimant and the Defendant.

In paragraph 22 of his judgment His Honour Judge McKenna writes;

At paragraph 23 he writes;

There are three main factual disputes as follows:

give advice on how to attach the baby and monitor breast-feeding?

Resolution of these factual disputes will in turn feed into the remaining allegations of breach of duty namely:

i) that it was negligent to discharge Mrs Rajatheepan and the

iii) that there was a failure to ensure that the Claimant was feeding properly before discharge.

The contemporaneous medical notes around the delivery time do not appear very supportive of the Claimant’s mother’s contention that she was having difficulty understanding the advice she was being given in that there was only 1 entry where language difficulty was mentioned. Almost every midwife giving evidence for the Defendant stated that where language was a problem then it would be common practice and indeed their personal practice to make a note of that fact.

This was in noteworthy contrast to other evidence from the Claimant’s mother’s medical notes which had over 30 entries mentioning interpreters or language difficulties between 2009 and 2013.

Mrs Rajatheepan gave her evidence through an interpreter and stated that she remembered beginning to try and breastfeed just after lunch on 17th July 2009, when she believed that the Claimant was feeding successfully. It was from 18th July that the Claimant began to cry and this caused concern to both his parents at various times throughout the day.

Both Mr & Mrs Rajatheepan gave evidence of their attempts at various points during the day to raise their concerns with the midwives on duty, but to no avail.

Mrs Rajatheepan stated that she went to the midwives station on no less than 4 occasions but was unable to attract the attention of anyone there.

communicate her concerns because of her lack of English”. (38)

She was adamant that at no stage whilst she was in the Hospital did any of the midwives sit down with her and explain to her how to breast feed or what to do if she was unable to feed the Claimant. (39)

Later that day, to her surprise, she found out that she and the Claimant were to be discharged the same day. She found out by seeing a note headed “discharge”, and this was a word she recognised from her native language.

Her husband details how he rang the hospital to say that he would be working until very late and to ask if it would be possible for his wife and the Claimant to stay in for one more night. He was told not. He responded that he would be in after 7.

When he arrived later on he queried with the midwife on duty why his son was continuing to cry and had been all day. The midwife told him that newborn babies do tend to cry. Mr Rajatheepan’s friend stated that e remembers there was an argument between Mr Rajatheepan and the midwife. When the child continued to cry in the car, Mr Rajatheepan decided to have one more try at alerting the midwife to his concerns but he was told the same message again and that anyway there would be a community midwife visit the next day.

The midwife did come next day by which stage Mrs Rajatheepan says that the Claimant had begun to cry less but that he did not appear at all interested anymore in being fed and had become lethargic and less lively generally.

The reality is that no one had ever in fact given Mrs Rajatheepan a clear and understandable explanation of the importance of feeding still less as to how she should respond if she had concerns. Because of the language barrier, Mrs Rajatheepan had been unable to communicate her concerns to hospital staff and when those concerns were communicated on the parent’s behalf by [friend] they were not acted upon. Given the time at which this review should have taken place, on the balance of probabilities, I conclude that if it had taken place as it should have done C and his mother would have been kept in hospital overnight and the difficulties with feeding would have become apparent and the injuries in fact suffered would have been avoided. (108)

During this case the Court was referred by counsel for the Claimant to Montgomery v Lanarkshire Health Board [2015] UK SC 11 and the recent application of that Supreme Court authority in Thefaut v Johnstone [2017] EWHC 497.

Montgomery was mainly concerned with communication between healthcare provider and patient when seeking patient consent but counsel for the Claimant argued that and the need for clarity and to be sure of being comprehended was equally applicable here.

“In Paragraph 59 of Thefaut it continues;

……….the doctor’s advisory role involves dialogue, the aim of which is to ensure that the patient understands the seriousness of her condition, and the anticipated benefits and risks of the proposed treatment and any reasonable alternatives, so that she is then in a position to make an informed decision. This role will only be performed effectively if the information provided is comprehensible. The doctor’s duty is not therefore fulfilled by bombarding the patient with technical information which she cannot reasonably be expected to grasp, let alone by routinely demanding her signature on a consent form.”

It is this paragraph which seems to frame best where McKenna judged that the NHS Trust failed in it’s duties. It seems clear that despite the freely availability of midwifery expertise on site, the communications between the patient’s mother and those on duty at the relevant time failed to come to the standard that they should given the context. Those on duty were dismissive of Mrs Rajatheepan and even ignored some of the attempts she made to bring her concerns to their attention. She was sent home not knowing that her child was not feeding properly; the clinicians also did not know; Mrs Rajatheepan did not know how to respond to the situation even if she had known the seriousness of what was unfolding. Situations and a tragic outcome which could and should have been avoided.

Mother sues the NHS for son’s brain damage was last modified: May 15th, 2020 by Mike
Categories: